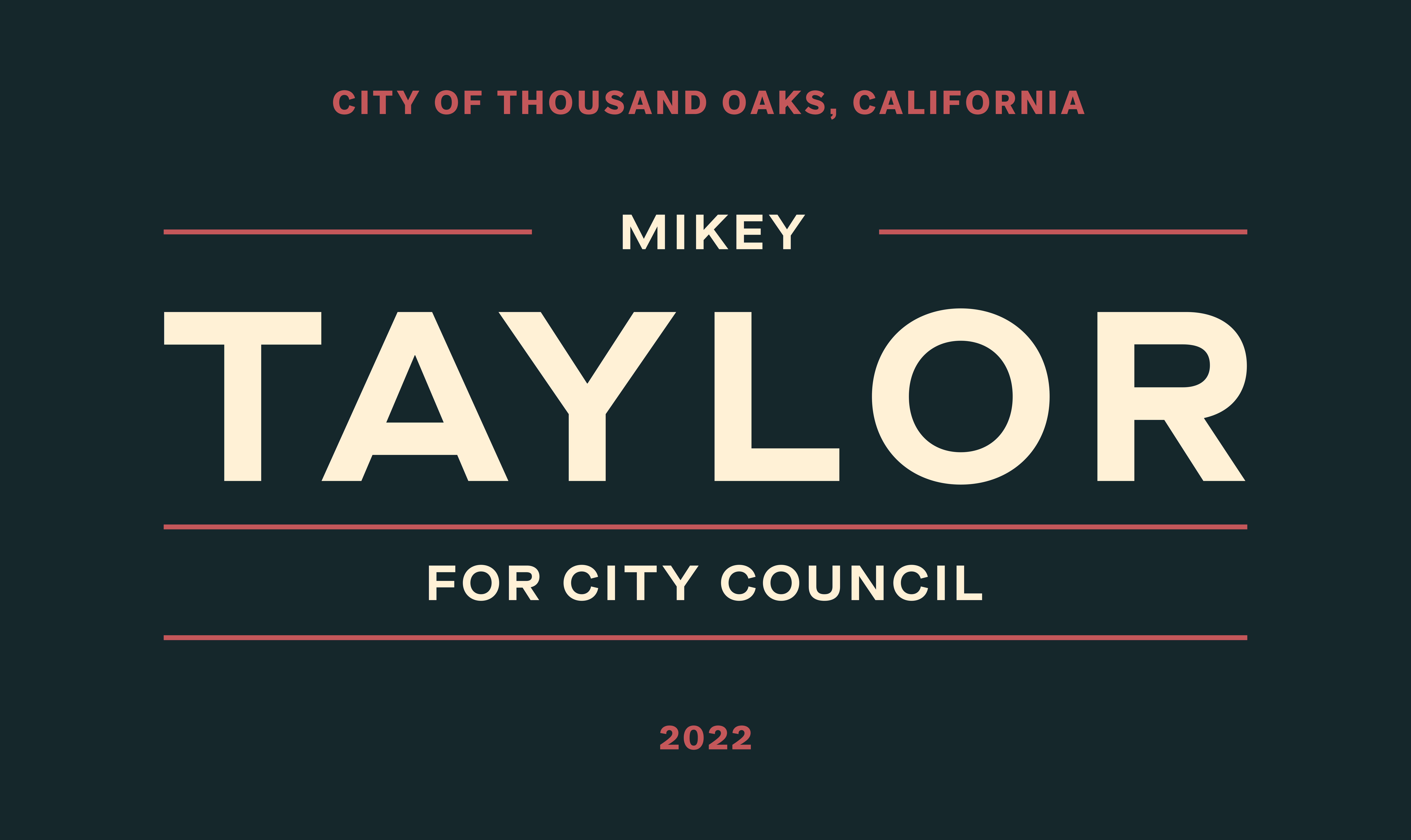 FOLLOW - Enter your info below to receive updates on our campaign

No matter the amount of your contribution you are a valued member of the vision we all share for this wonderful city. Together we will pioneer an innovative way forward without compromising the values and heart of Thousand Oaks. Contribute today.

Serial entrepreneur and former professional skateboarder, Mikey Taylor is the President and Managing Principal of Commune Capital, a private equity real estate firm. He was born and raised right here in the Conejo Valley, graduating from Newbury Park High School. He became fascinated with skateboarding at an early age and went on to participate in numerous high level competitions such as the X-games. After a successful 14 year skateboarding career, Mikey began the transition into entrepreneurship and business building, when he recognized an opportunity in the emerging craft beer industry. He utilized his marketing experience from skateboarding to co-found Saint Archer Brewery. The company became one the fastest growing breweries in California and was eventually purchased by Miller/Coors. After months of research pursuing his next passion, he created Commune Capital, a private equity firm that invests in commercial real estate. A core principle of the company is to leave a positive impact in the cities in which they build or improve infrastructure.

Mikey and his wife Jen currently lives in Thousand Oaks. They have 3 beautiful children, Scarlett 9yr, Amelia 7yr, and Elliot 2yr with a fourth child on the way. Mikey’s parents, Ken and Julie and Jen’s parents, Chuck and Nancy Willhite along with multiple siblings currently reside in our community as well. 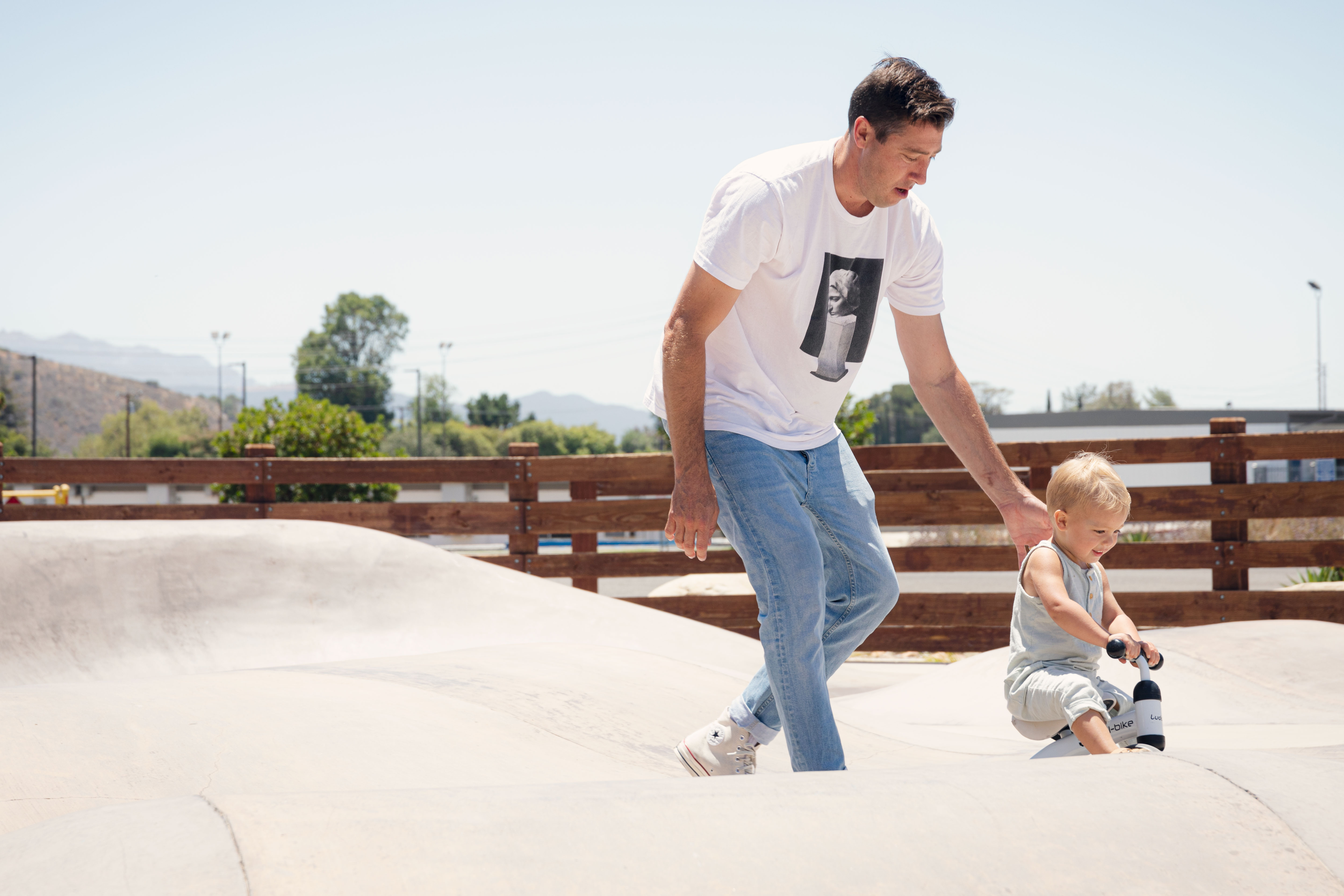 COMING UP IN T.O.

Mikey Taylor was born in Tarzana and was raised in Oak Park, CA. In 1998, Mikey’s parents decided to move to Newbury Park to live in the newly developed community of Dos Vientos where he began his freshman year at Newbury Park High School. He loved the neighborhood and the friends he made here, including a teenage girl that lived next to his new home who would later become his wife. After graduating High School, Mikey decided to stay local and bought his first home in Newbury Park in 2005. Mikey married Jen (the girl next door) in 2010 and they currently reside in Thousand Oaks with their 3 children and fourth arriving this summer.

It just so happened that the decision from Mikey’s parents to move to Newbury Park would open a big opportunity for him in the skateboard industry. In the late 90’s, N.P. had a very talented group of skaters in the community. Mikey and 8 of his friends would be influential in the development of the Borchard Park Skatepark and would later demonstrate their skills on a professional level. With nearly two decades as a professional skateboarder, Mikey became one of the most recognizable pro skateboarders on the planet. During this time Mikey was able to develop his skills and understanding of the business world including money management, leadership, and branding to name a few.

Mikey was always hands on with the companies he rode for as a skateboarder. Whether it was working with designers on shoes and clothes or with the marketing team on how to increase the sales of his products. Midway, through his career, he decided to reorient his skillset towards starting a business of his own. Mikey, and two of his associates recognized an opportunity in the growing industry of craft beer. They had an idea that they could build a brand around the California lifestyle that they were a part of. The new brand was influenced by skate, surf, snow, art, music, and culture. They launched Saint Archer in 2012 and it immediately took off. Saint Archer quickly became one of the fastest growing breweries in CA. Their success caught the eye of Miller/Coors who ultimately purchased the business in 2015. After the exit of Saint Archer, Mikey noticed an opportunity in an industry that was long overdue for change. He recognized that the real estate investing industry was only reserved for the super wealthy, and limited for those it more directly impacted. He created a private equity real estate firm called Commune Capital with the mission to bring people together to invest in projects that were too big for us as individuals. His company now has over 350 investors and manages $190M of commercial real estate.

From the age of 20, he had a financial plan in place to better position himself after his career ended. Through his life experiences he started to see a recurring trend, that most young adults were not equipped with the tools to be financially successful. After skating, he decided to use his social media platforms (2.1M combined followers) to educate the youth in money management. He’s since become a leader in the financial education space and is changing the way you package educational content through social media. 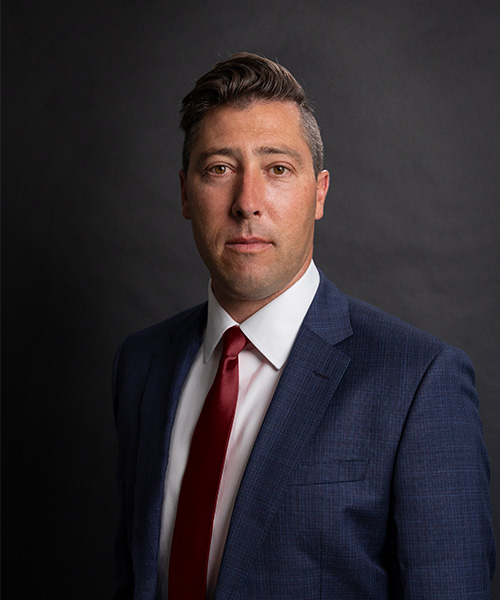 I am running for City Council because I can make a difference in the community that I love. My wife and I grew up in the Conejo Valley, and we are excited to raise our children here. We live in Thousand Oaks because our city provides a great qualify of life for its residents. There is a perfect balance between beautiful open space and developed areas. We have parks that offer great programs for our kids. We are also grateful to have a high level of public safety and amazing first responders working hard to keep us safe. I want to preserve the Thousand Oaks we all know and love, and make sure it remains a special place for generations to come!

We are seeing an increase in burglaries in our historically safe neighborhoods. To ensure that our city remains one of the safest in the nation, we need to give police and first responders the resources they need. The safety of you and your family is my highest priority.

Homelessness is on the rise in Thousand Oaks. We need to solve the problem right now and my goal is to make homelessness rare in our community. The government programs have been wasteful and inefficient because they do not address the root causes. The majority of homeless are struggling with addiction and/or mental illness. For those who are addicted, I want to partner with non profits and churches to implement a “shelter first” policy that creates a path towards subsidized housing. This subsidized housing is only provided to homeless addicts who are sober, back in the workforce, and on the road to complete recovery. Those who struggle from mental illness should receive temporary housing along with professional counseling and medical treatment. There will be a significant improvement once we start to handle the homeless problem more efficiently and effectively.

Since the inception of Thousand Oaks in 1960, the Metropolitan Water District (MWD) has been our only source of water.  My vision is for us to become more water independent. We do this by finding alternative sources of water and planning right now for our future dry years. I will support any new infrastructure such as water treatment and storage facilities to achieve water independence.

Thousand Oaks has always been a peaceful community with beautiful open space. This is part of our character and what makes us uniquely special. I will never forget this and will always vote to preserve and protect our open space.

The aftermath of Covid has left many of our businesses permanently closed. As a businessman, I have the knowledge and experience to reverse this trend. We need to create an environment that helps our small businesses thrive . We also need to increase our digital presence to attract the next generation of business builders to Thousand Oaks.

PAID FOR BY TAYLOR FOR CITY COUNCIL 2022